Once upon a time, back in October 2013, I wrote an article about plus sized cosplay for xoJane.  I also fried chicken and posted pictures online.

So let’s talk about that chicken!

Which came first: the chicken or the rant?  I’m no stranger to cosplay, nor am I a stranger to ranting about anything that gets under my skin.  But this one incident is the one that seemed to really make an impact.  So I’m going to revisit it in honor of this page.

It all started with Princess Peach

Back in August my partner and a good friend of ours went to an anime convention.  I decided that I wanted to get some good pictures of my Princess Peach cosplay since I was going to retire it.  If you keep up with my cosplay page you know that the cosplay is no longer in retirement.  This is because of this incident.  But honestly, the costume was originally worn at the Super Smash Brothers BRAWL launch at the GameStop I use to work at, so it’s been in my lineup for years.  The fact that it’s so popular still kind of amazes me, it wasn’t nearly as popular before this happened..

The day I wore it, my hair was curled up from a previous cosplay.  My partner and our friend told me to keep the curls with Peach instead of wearing the wig I normally wear.  I decided to give it a shot.  Now I wasn’t really the type to share cosplay pictures in online groups too much.  My partner shared the pictures because she makes my costumes, and I’d at least post them on my Facebook, or Tumblr, or whatever personal page I had.  I never really made an effort to submit them to a group, but there’s a lot of great groups where I’d see a lot of cool cosplay and generally awesome, supportive, creative people. So I had started to share my pictures more often.  After the convention, I shared my Princess Peach pictures on a group called “Cosplaying While Black” on Tumblr and got a surprising amount of hits on it.  I wasn’t expecting so many people to like the cosplay, especially to the point of it hitting the thousands.  It was pretty neat.

But then… it happened.

As a plus sized, black cosplayer, part of me always has this “on guard” mentality when it comes to cosplay.  You hear so many horror stories of people being made fun of, so I kind of have this portion of my brain that’s just waiting for the day when someone says something.  Honestly, this isn’t just because of the horror stories of cosplay.  This is just from living life.  Being plus sized, being black, being female, being in a relationship with a woman, those are all things that people can — and do — poke at.  I don’t have a tragic background of always being bullied growing up, but things have been said that still brings out that paranoid voice when I’m about to share my cosplay.  “Someone is going to have something to say that’s going to hurt your feelings.”

And that’s what happened with my Princess Peach cosplay.

Words can, and do, hurt

So there’s a couple of things that happened in that moment.  It hurt, first and foremost.  I know there are people out there who will tell you to brush off insults and just be you, but here’s the honest truth: it still hurts to hear.  No one likes being called names and the first reaction may not be a resounding “fuck you,” but an, “ow… wow.”  So, that’s the first thing that happened.

The second thing that happened was me trying to figure out how to respond, or if I should respond at all.  This always gets mixed responses, I think.  Half of the world will tell you to respond, to strike back, and to not take any crap from someone. The other half will tell you to ignore it, to laugh it off and go about your day.  Responding only escalates the situation, so you might as well leave it alone.  While I see both sides to that argument, I feel like being quiet for too long just excuses bad behavior, especially on the internet or any source where others are watching.  People could see that comment that was made about my costume.  People could see me being called “Princess Whale” and “Precious” (yes, this Precious) and “Princess Wonderball.”  If nothing was said in response, people would think that that was o.k.  Or, people would see yet another plus sized cosplayer being picked on and decide that going out into the cosplay community wasn’t worth it, because if this one cosplayer is being picked on, surely they themselves would be picked on, too.

I didn’t respond directly to the person.  I didn’t message them in a, “Hey, cut it out,” sort of manner.  I just posted on my Tumblr.  “Wow this is actually happening.”  I also posted that whales are cute so, yay, at least I was being compared to a cute animal.  As for “Precious,” well, Gabourey Sidibe is a successful actress, so I took that as a win.

I learned, quickly, that as much crap that happens with bullying in the cosplay community, overall the community is supportive.  They’re supportive without you even asking them to be supportive.  Suddenly, there were people responding to this comment, people I didn’t even know, and I sat back, shocked, to see so much support.  Of course, this didn’t stop my bully from saying anything else.  Every supportive comment led to another attack, not just of me, but of the people supporting me.  Then a comment was made about me looking like I was in a hurry to go and fry chicken, since my Princess Peach cosplay comes with her weapon in Smash Brothers — a frying pan.

Fried Chicken for the Cosplay Soul

I’m not sure how this epiphany happened.  I wish I had an answer, but I really don’t. Maybe I was just growing tired of the comments.  Maybe I was getting frustrated because people were saying things like, “This is why I don’t cosplay,” and no one should ever be afraid of cosplay.  Bullies like this just can’t be talked to.  There is, literally, no point in trying to change their mind.  So I was done trying to do something against that bully.  Instead, I would do something to show others that, you know what?  If someone gives you a hard time, don’t let it stop you.  Don’t let it stop you from being who you are.

And that’s exactly what I did.

I remember my mother calling me when I posted the pictures of my fried chicken along with the reasons behind it.  I got a heartfelt laugh and a, “That’s my girl!”  Ironically, it was the best batch of fried chicken I had ever made.

While this incident certainly wasn’t the first time I’ve ranted about something, it was the first time that I responded to someone saying something against me in such a way.  This gave birth to the article I wrote, and, in the long run, this page I have now.  For some reason my mother likes my rants.  Apparently, so do other people, too.  So I’m going to cosplay my heart out and, occasionally, rant.  As for frying chicken… honestly, I actually don’t do it that often, but in that moment, it was the most symbolic dinner I had ever made.

12 thoughts on “A Look Back: The Fried Chicken Incident” 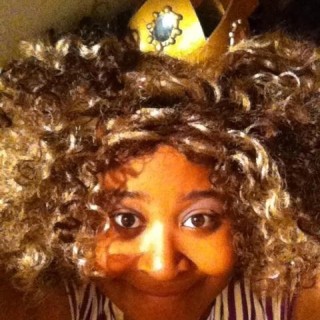